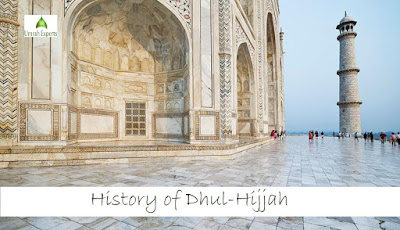 Indeed, Dhul-Hijjah is the first and last major pilgrimage which was performed by the Holy Prophet Hazrat Muhammad (SAW) after the conquest of Mecca. After the migration of Rasool (SAW) the circumstances thoroughly changed and Islam encouraged in the whole Arab peninsula. Thus to fulfill the dream about the circumlocution around the Kaaba the Prophet of God set out journey towards Mecca along with His 1400 hundred pilgrims as well as companions. But they were not allowed to enter in the Mecca from the Quraysh.

Though the Muslims were in power the Prophet Muhammad (SAW) did not allow them to spurt the bloodshed in the holy sanctuary of Mecca.

So, after signing the treaty of Hudaibiya the Muslims were returned by the order of Muhammad (SAW). The conditions of Hudaibiya were following:


Even the treaty was against the Muslims but its consequences were apparently positive as it was signed by the great influential figure who would be recognized the most intelligent Body in all times till the end of the world.

Nevertheless, after the dominance of Islam in whole Arab peninsula the Prophet of God sent the message of Islam to invite the leaders of others states and in no time the Islam became the powerful religion as well as true religion on the planet.

After the conquest of Mecca, the Prophet Muhammad (SAW) performed four Umrah in different spells. Thus, after performing the last major pilgrimage which is commonly known as Dhul-Hijjah in the year 632 A.C (10 A.H) the Prophet of

God delivered the last sermon of His life at the destination of Uranah valley of Mount Arafat in Mecca.

The last Sermon of Rasool (SAW) consisted of such memorable words which interpretation is that:

“O my people listen to me very carefully because maybe I shall not with you after this talk amongst you.  So, it is your responsibility to supply my words to those who could not be present here today. Perhaps they might be more sensible and preserved than all of you.

Allah is one and there is no other. He (SWT) fulfilled His promise and helped His Messenger who set the true faith on the earth to defeat all the oppositions.

“O people, Lord creates you from one male & female, hence divides into different tribes so that you could recognize separately to each other. You are all the offspring of Adam (AS) who was formed by Allah (SAW) with just clay. Thus, no one has superiority than other on the base of color, cast or generation. But, those who have piety are very close to Allah (SWT).

All the materialistic standards have met to end. Thus, the services would be continued in order to drink the water to pilgrims.

“O people of Quraysh, you have lack of intrinsic values. So, remove your worldly desires otherwise I shall not intercede for your salvation in the front of Lord. 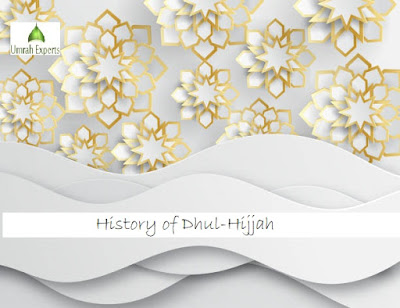 “O People of Quraysh, your arrogance have been ended by the God and your little bit proud would not be pardoned. Your blood, property, and women are strictly prohibited to get as unlawful.

“O people, as you consider the sacred to this month, this day and this City, so same you have to consider the life as well as the property of Muslim as sacred. Return the belongings to their real owners. Don’t hurt someone, so that you could not hurt by other. Remember that one day you would be present before the Lord, and your all deeds would be balanced. God forbids you to take usury, so you have to give up all kinds of interest henceforth.

“Behold, don’t be astray behind me. Not be such happened that you would be indulged in wrongdoings and spurt the bloodshed. Keep each other’s trust (Amanah) safe. Muslims are brothers, so be careful about your servants even choose for them which you like yourself.

I destroyed the old myths and all the acts of revenge are forgiven. So, first I take the initiative regarding the forgiveness of my own family’s member who was killed by the hand of Banu Hazel. Don’t deprive to offspring from heritance. Someone who is found in wrong intercourse (Zana) must be punished with stones. But the final reward & punish would be declared hereafter. Someone who would change the identity religiously, so God disgusts him/her. Lend is legal if the person returns it at the right time. If someone is a witness it is a very good deal. However, the witness is liable on the behalf of the giver. It is not good practice being a Muslim that he/she demands to witness at the spot without giving time. Do not be cruel to others as well as yourself.

Treat with your women well, because they are weak. You have got them by the name of Allah (SWT), hence you must keep Solvency of Lord.

I give you a gift in the form of the Holy Quran which would secure you from all troubles. But, if you skipped, you would fall in ignorance.

Avoid proving the metaphysical facts with your weak knowledge, as the ancient people were destroyed by saying the wrong ideas. Because Satan would try to divert your attention in some indirect ways as he knows that no one would give up the oneness of God (Tauheed) in this peninsula.

“O people worship Allah (SWT), offer the prayers five times a day. Keep the fasting of Ramadan, pay the Zakat, make sure your presence in Kaaba and prostrate with those who prostrate before Allah (SWT). If you please your Lord, you will be gifted with paradise.

The revenge of father would not be taken from son. The offender would be own liable for his/her wrongdoing.

Thus, after completing the Sermon Prophet Muhammad (SAW) said, “What would you like to say, if someone asked about me” 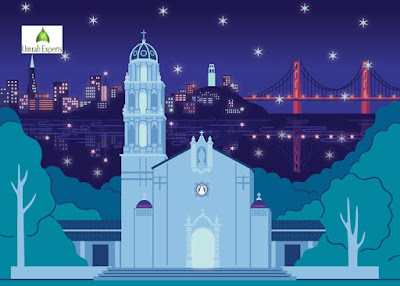 All the people replied in one voice that they would be the witness that the last Prophet of Allah (SWT) has fulfilled his responsibility as delivering the true message for the sincerity of his nation.

After hearing that, the Prophet of God picked up his index finger towards the sky and said to clue the people, “O Allah, be a witness”

After the completion of words, meanwhile, the last revelation revealed with these words: Today Allah (SWT) has completed the religion under the shower of blessings and He (SWT) chooses the religion as Islam.

Thus, today thousands of people visit Kaaba to make their soul more sanctified and to recall the history from the Islamic destination which is still witness of Muslims determination. If you have a keen desire to visit the Kaaba to make your soul holy as well as to recall the history of Islam then you have to make a plan with cheap Umrah Packages 2019 that will fulfill your all-holy desire as well.

Several people perform Umrah in the holy month of Ramadan because of getting the maximum reward as the Prophet of God said that Performing Umrah in Ramadan is equal to Hajj’s reward. Moreover, in this month the man is very close to the Divine blessings as Allah (SWT) prefers Ramadan because of revealing the Holy Quran in this month. If you want to get the huge reward then Cheap Ramadan Umrah Packages would be the best option.

However, before selecting the Ramadan Package you must sure that all the circumstances are in your hands. Because without delivering the necessaries to your family you can’t perform Umrah.

In such condition, the recommendation is December Umrah Packages 2019 as in this month man has accomplished all the domestic essentials and free from all kinds of life’s hassle. Having abundant winter leaves that’s why the people who live in Europe countries prefer this spell to proceed Umrah well.

In short, your first priority should be a supply of family’s requirements.